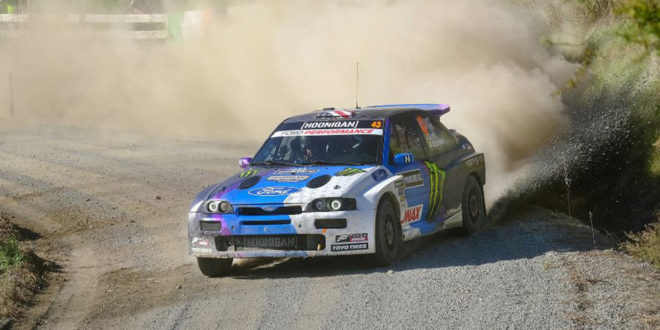 Ken Block and Ford line up for Rally New Zealand

Block’s exciting news comes as Ford New Zealand confirms its backing of Rally New Zealand as an elite sponsor for the event, adding more momentum to what is shaping up to be the biggest motorsport event in New Zealand for many years.

Block is the first high profile driver to confirm his intention to make the most of New Zealand’s inclusion on the 2020 WRC calendar.

This will be Block’s fourth run at Rally New Zealand, having previously contested the event in 2012, 2008 and 2007. The California-based competitor has also contested six regional rallies with regular co-driver Alex Gelsomino in New Zealand since 2007, winning the International Rally of Whangarei in 2015 in his Ford Fiesta ‘HFHV (hybrid function hoon vehicle)’.

Block says that New Zealand has some of the best rally roads in the world and he was super keen to include this event in his international schedule this year.

Block will compete in the Ford Escort RS Cosworth which he ran at the International Rally of Whangarei last year.  The livery of Block’s ‘Hoonigan’ Escort RS Cosworth was revealed today  (1 March 2020, NZT) in California, along with the details of the remainder of Block’s 2020 programme which gets underway at Rally Mexico, 12-15 March.

“Ford globally has a long history with rally sport and locally we’re not only excited to be supporting the event, but as huge fans ourselves, we’re looking forward to getting out there to watch. It’s such a fantastic event with our unique and challenging roads, the cars, a large and vibrant fan base and, of course, now Ken Block!”

“We are thrilled that Ken Block will be part of Rally New Zealand this year,” says Goldstein.

“Ken is a truly global motorsport star and we know rally fans will be excited to see Ken on New Zealand’s iconic rally roads.”

“Ken Block is a legend in the motorsport world, and we are excited that he is coming our way,” says Steve Armitage, General Manager – Destination at Auckland Tourism, Events and Economic Development (ATEED). “As a round of the FIA World Rally Championship, Rally New Zealand is a top international event with a strong following around New Zealand and we hope that this event will entice many Kiwis to travel to Auckland during what is traditionally our shoulder season and enjoy everything that our region has to offer. Ken has a huge international fan base and social media following – particularly with his viral Gymkhana video series – and his popularity will boost Auckland’s profile as a global destination.” 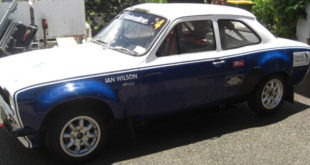