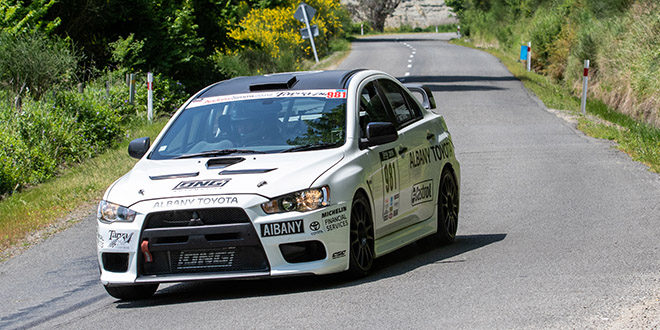 Fresh challenges are what motivates 2019 Targa New Zealand winner Haydn Mackenzie. So this year he is adding a NZ Rally Championship programme to his Targa tarmac event schedule.

“Yes,’ he said this week. “I’ve always wanted to have a go at rallying – on gravel – and I actually bought a car (a Mitsubishi Evo 6) and sort of tucked it away thinking I’d see how I went in it once I’d got the hang of 4WD on tarmac.”

Having won both Targa events (the three-day Targa Hawke’s Bay in May, then the five-day ‘main Targa event’ in late October and early November) last year, it was obvious the 35-year-old from Albany on Auckland’s North Shore had indeed ‘got the hang’ of driving  the Mitsubishi Evo 10 he bought specifically for tarmac events.

So, rather than a low-key attempt in the Evo 6 this year he decided to buy a third – newer, more competitive – car, the ex Raana Horan Mitsubishi Evo 9, to give himself the best possible chance of success in this year’s Brian Green Property Group NZ Rally championship.

The five-round championship calendar dove-tails nicely with the 2020 Targa NZ one, with the first of three Targa tarmac events, the two-day Targa Bambina, kicking off the competition year over the March 07/08 weekend. The second, the two-day Targa Hawke’s Bay, is this year being being held over the May 16 & 17 weekend, while the annual ‘main event,’ the five-day Targa New Zealand, rounds out the local tarmac year between October 14 & 18.

The Brian Green NZ Rally championship starts a month later (April 03-05) with the Otago Rally based in Dunedin then heads to Northland for Rally Whangarei (May 08-10). It then heads back down to the South Island for Rally South Canterbury (June 20) before returning to the North Island for Rally Hawke’s Bay on July 25, then the return of  the four-day Rally New Zealand as a full round of the 2020 World Rally Championship (WRC) between September 03-06.

Though Haydn Mackenzie is best known in motor racing circles here for his efforts on sealed surfaces – in a Walkinshaw replica VL Holden Commodore in the SuperGT category while still a teenager, then in the NZV8 Touring Car class before his recent Targa tarmac event success, he has raced dirt bikes extensively here and overseas (including at the Red Bull Romaniacs Extreme Enduro in Romania in 2017).

He has also raced UTVs (Side-by-Sides) at Off-Road and Stadium-type events. 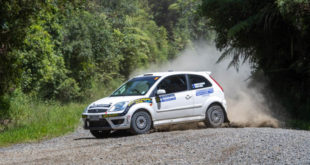 From the Co-Drivers Seat