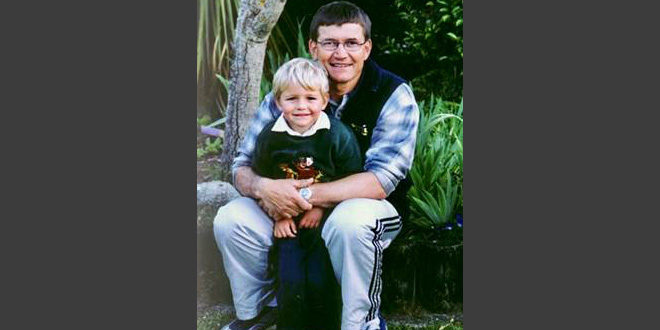 McRobbie’s Loop in Maramarua Forest is one of the most storied roads in New Zealand rallying.  Over the years it has hosted many of the world’s biggest names and all of New Zealand’s top talent from Hayden Paddon to Possum Bourne.

On this, otherwise quiet, Friday morning at McRobbie’s a white Subaru Impreza WRX sits growling as it warms up.  This scene is repeated several times a week, year in and year out, as unknown local clubsport competitors use this iconic ribbon of forest road to hone their skills.  The car’s 22 year old driver has never competed in a single hillclimb, rallysprint or rally and his nervousness is evident to all present.  He looks exactly like any other beginner taking his first step into the world of rallysport… because he is.

But today, as car and driver take off in a cloud of dust for their first test run, those present are watching both the future and past of rallying in New Zealand.

The car is a Subaru.  The road is McRobbie’s.  The driver is a Bourne.  Possum Bourne’s son, Spencer, is about to follow in his father’s tyre tracks.

“Spencer bonded with his dad from the start.  He was not a very vocal boy when he was young, so Possum always called him his “Little Man of Few Words”. They were always together and Spencer followed Possum everywhere.  If Possum had to take the truck to get tyres then Spencer was there, if Possum was working on the car, Spencer would be tinkering with the tools.

Spencer has always had a competitive nature.  If someone fell in a running race his brother, Taylor, was the sort of kid that would stop and make sure they were OK.  Spencer would just run over the top of those guys… it was all about getting to the end and all about winning.  He’s always been huge about competition… but in a quiet manner.”

This test is one of very few chances for Spencer to get behind the wheel of the Subaru prior to two big events. The City of Auckland Rally on November 14th and the televised Battle of Jack’s Ridge the following day.

The rally has 120 kilometres of special stages in the Kaipara Hills, Puhoi and Riverhead Forest before its conclusion at the purpose-built road ‘Jacks Ridge’ in Whitford.  This is no small starter event for Spencer and although it is fair to suggest he has thrown himself in the deep end, he originally had even bigger plans for his rally debut.

“My first plan was to enter New Zealand’s round of the World Rally Championship.  I had floated the idea with a few people in Pukekohe.  They all warned me that it would take a lot of work and wanted to be sure I was prepared for the challenge.  It was a bit overwhelming, but I was up for it.  Then, of course, Covid happened and I was really upset that the event was cancelled.”

Rather than shelving his plans, Spencer continued to look for the right event to enter.

“In August, the City of Auckland Rally and the Battle of Jack’s Ridge was announced and I just thought – Awesome – I’m doing this!”

“I immediately messaged the first person that came to mind – Chris Kitzen.  He gave me plenty of ideas and suggested I contact Dale Perry at Rally Drive NZ.  He was on board immediately and put me in touch with all sorts of people who could help. He also advised me how to get money, where to find a car and all the things I needed to make this happen.”

“Once I had a plan in place I finally told mum I was doing the rally.  I’m pretty sure she thought I was just joking but before long she knew I was serious.”

Peggy continues “He’s always wanted to do Race to the Sky – the rally idea has always been in his mind.  I thought if he really wants to do it then he will make it happen.  He told me that he had people on board and donations were already coming in.  I realised then that Spencer was not just talking the talk… he was walking the walk and making it happen of his own accord.  I said absolutely.  Let’s do this.”

In the intervening months, Spencer has built up quite the team to support him.  Experienced co-driver Fleur Pedersen has been drafted in to sit alongside the rookie driver.  The support team reads like a who’s who of New Zealand rally scene. Marty Roestenburg and Snow Mooney head the team with Rally Drive NZ’s Dale Perry helping with training.  Hayden Paddon (who is seeded first for the City of Auckland Rally) is taking an advisory and mentoring role behind the scenes and will spend time with Spencer after the weekend teaching him the dark art of pace-noting.  The Subaru Impreza will be stopped by Winmax brake pads provided by Paddon.

Everything seems to be in place for a promising debut but Spencer’s goals are humble when he’s asked what a successful weekend may look like.

“What makes a good weekend?  Enjoy myself to the fullest, make the most of the occasion, finish the rally.  I hope to make everyone proud… the sponsors, the people who have helped me and the people who just want to see me do it.”

Spencer doesn’t make any mention of results being something on his mind and it appears to be so far down his goal list that it’s not worth mentioning.

As the dust flies once again and the Subaru disappears around the corner, Peggy Bourne cannot stop smiling even though she’s seen this sight a thousand times before.

If making people proud is the main goal for Spencer, he’s undoubtedly already achieved it. 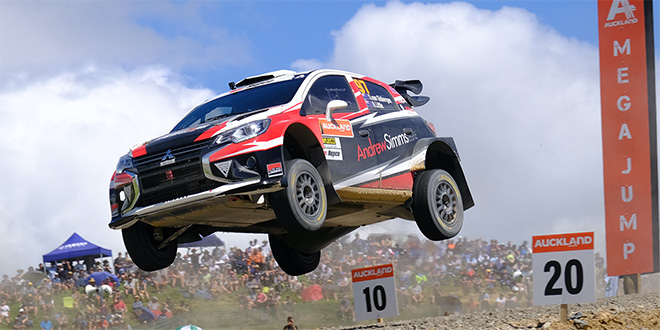