Thomson has worked with partner Amy Hudson since making his rallying debut in 2016 but with Hudson purchasing a rally car of her own and looking to do some driving, Thomson didn’t have to look far for a replacement co-driver.

Anstis comes well credentialled as a graduate of both Motorsport New Zealand’s Elite Academy and Rally New Zealand’s co-drivers academy, while also sitting alongside some of New Zealand’s top rally drivers, including an NZRC podium at the final round of the 2019 season, Rally Waitomo.

“Amy started talking about taking a year off earlier this season when she bought herself a rally car and it’s nearly ready to run so we both figured it’s as good a time as any,” says Thomson.

“The opportunity to work with Kieran came up and I think we’ll make a good combination, we’ve both got similar ambitions and expectations for 2020 and moving further forward.”

“Dylan and I started talking after Waitomo about partnering up for the 2020 season, we are both chasing similar goals and targets so I’m really looking forward to working with him and the team next year,” adds Anstis. 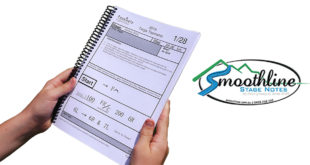