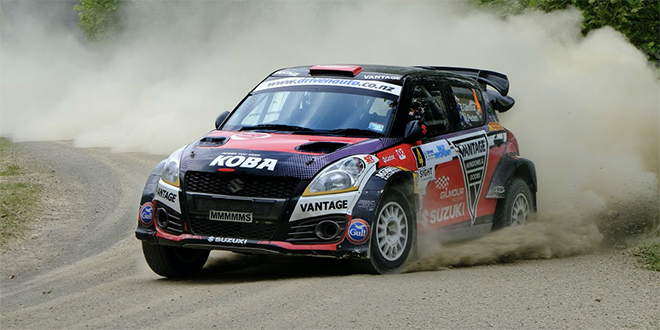 Emma Gilmour is relishing the opportunity to compete in two, top-level national events this weekend, with the City of Auckland Rally on Saturday, followed by Sunday’s Repco Battle of Jacks Ridge Rallysprint.

The Dunedin rally driver will head out on the 121km, eight-stage City of Auckland Rally after completing the two-pass recce this week. The final stage is Jacks Ridge, in Whitford, which was purpose-built as a power-stage for the 2020 WRC Rally New Zealand. This event was subsequently cancelled in May due to the COVID-19 pandemic.

It features 6.3km of stunning gravel road, which rally competitors will drive on Saturday. Then on Sunday, its 2.2km spectacular, jump-filled, high-speed-cornered mid-section will form the Battle of Jacks Ridge Rallysprint stage.

Emma was involved in the Jacks Ridge promotional video and has seen the impressive piece of road first-hand.

“It’s going to be very special to compete on a purpose built track in New Zealand’s biggest city. The last time anything came close to Jacks Ridge was the Manukau WRC super special stage which was run about 15 years ago!” she says.

“The entry lists are extremely competitive both days and I can’t wait to compete against all the top national drivers again. This will be the first time this year that we’ve all been at the same event.”

Earlier in 2020 Emma made some team changes and is enjoying having Choice Performance in Pukekohe looking after her Vantage Windows and Doors Suzuki Swift AP4 car.

“It works really well and takes the pressure off me having to sort out the logistics side of running the team. Chris Little and his team have a lot of experience and have been involved with many top rally teams over the years.” Emma says.

After more than a decade of working with Australian co-drivers, she decided to keep it Kiwi for 2020 and has enlisted Cambridge-based Malcolm Peden to call her pace notes. Having started competing in 2003 and with co-driving experience in New Zealand and in Asia Pacific Rally Championship events, Malcolm was an obvious choice.

Malcolm says he was excited to receive the call-up to read Emma’s pace notes.

“With the car running right this season, Emma has shown very good pace. She already had a well-developed notes system, which makes my job much easier,” Malcolm says.

The pair obviously work well together as they have achieved runner-up positions in two rallysprints – in Whanganui and Matamata – and also notched up a third in the Rally Bay of Plenty in October.

“It’s been great to be back driving the Suzuki. I’m really enjoying it and we are having a good run this year. Being back on the podium last month has given me a taste for it again and that’s where we want to be this weekend,” Emma says.

City of Auckland Rally and Battle of Jack’s Ridge announced

From the Co-Drivers Seat