This is the latest Newsletter from the F40 Motorsport team which focuses on our latest two events. In June it was the Blue Car (Magnum Motorsport H6 Subaru) for the 3rd round of the New Zealand Rally Championship South Canterbury Rally based out of Timaru and in July it was the Red Car (Toyota Starlet) for the Far North Rally in Paihia, to complete both we almost travelled from one end of the country to the other.

Saturday 18th June saw us in Timaru competing in the 3rd round of the New Zealand Rally Championships, but not before a day of recce on the Friday and the day culminating with a ceremonial start in the Timaru CBD. The official start of the rally was in the town of Waimate, so an early morning and a short tour from Timaru to Waimate to get ready for the start of the event.

The weather was cold, dry and there was a welcoming layer of frost and ice in places. We were seeded a dissapointing 55, rather strange we thought given our win at the Otago Rally, but what the heck we decided to just get on with it. The first stage was a short but very high speed drag race that saw us finish 24th overall which was very pleasing indeed, having started 55th.

However, in stage 2 we were overly cautious in this 28km narrow frosty stage with several rough fords and our caution cost us a few places finishing 42nd for the stage and 35th overall. We maintained a good speed for the rest of the event, all beautiful roads, but also very fast compared to many of the North Island roads we compete on. Fortunately, there was no dust, however some of the roads later in the day showed signs of cutting up and slippery as those further up the field traversed the stage before us. By stage 5 we had worked our way to 32nd overall with some really promising stage times and we maintained that position into the last stage which was a high speed 4 lap blast around Timaru’s Levels racing circuit.

This stage is always fun with often multiple cars on the track, we posted up on social media some in car footage of our brief battle with Lucas Ramsay in his 2wd Ford Fiesta, we were laughing at his attempts to stop us passing him, but we succeeded in doing that just before he completed his 4 laps.

As always, the South Canterbury rally was excellent, great roads, well organised, very friendly, and we capped the night off at prizegiving being entertained by guest speaker Smokin Joe McAndrew!!

Final result for us was 32nd overall from a start position of 55, we again achieved 4th in the New Zealand Rally Championship Categry 5a class.

Our DNF at Rally Whangarei not helping our championship standings.

We brought to this event two highlights – one was to sponsor the Classic section of this event, which we won outright in 2019 and secondly, we were in the wee red Toyota Starlet again to attempt to repeat our earlier success of winning the event and our class.

The Far North Rally is a long way from anywhere being based out of Paihia, but despite the distance to get there, it is a beautiful location and has argueably some of the best rally roads in New Zealand.

This event included stage notes, but not recce so we headed up to Paihia on the Friday in time for documentation, the official welcome & Karakia and work on the stage notes before heading off to bed in preparation for the Saturday start.

It was a very pleasant day all day and early rain ensured there was little or no dust throughout the event. We were seeded 24th in the Toyota Starlet and we got off to great start finishing the first stage in 27th a couple back from where were seeded but very confident in the car. Certainly different going back to 2wd and only 1300cc.

Stage 2 saw us move up to 22nd and in stage 3 we were starting to get use to the different car finishing in 20th and 18th overall.

We were then 1st in the 0-1300cc class and were battling with Tim Hood in his Mazda RX7 for the overall lead which was see sawing all day between us, however it all came to sudden end when we launched off the start line of stage 6, there was a very metallic bang, as we suspected we had broken the differential, at 2.3kms into the stage it was clear we could go no further and elected to pull out. It was very disappointing for both Steve and I, we looked to have our goals ticked off, certainly 1st in class and certainly at least a podium overall, but motorsport can be a cruel mistress at times.

On a positive note, it was a good shakedown for Novembers 2022 Silver Fern Marathon Rally where the car has to compete for 7 days, so finding weak spots now is a bonus.

As promised from our last newsletter, we said we would keep everyone posted on the Audi Quattro Group B build and below is a few photos to show the progress to date. Currently it is at the “dry fitting stage”, where numerous components, wiring, fuel lines, seats etc are put in place temporarily prior to the car going back to the fibreglasser for final body fitment and then into the paint booth. After that we reassemble everything for the final time. 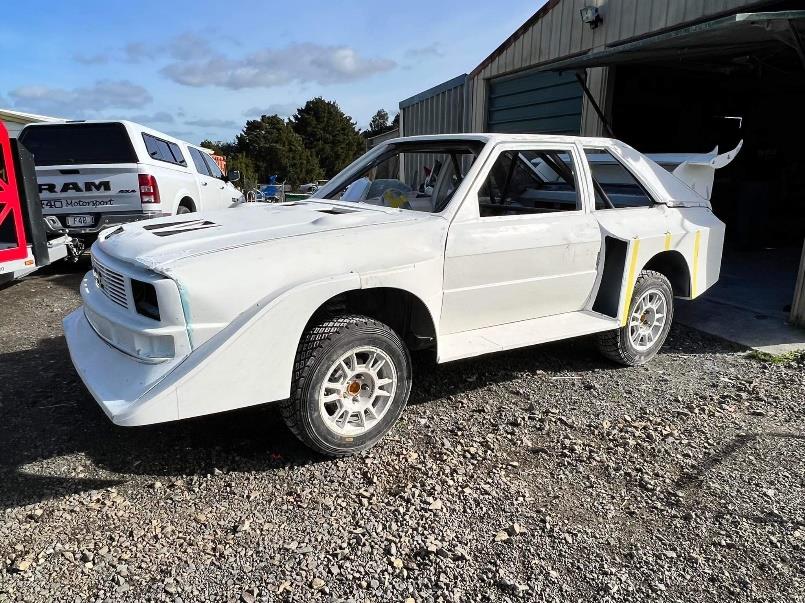 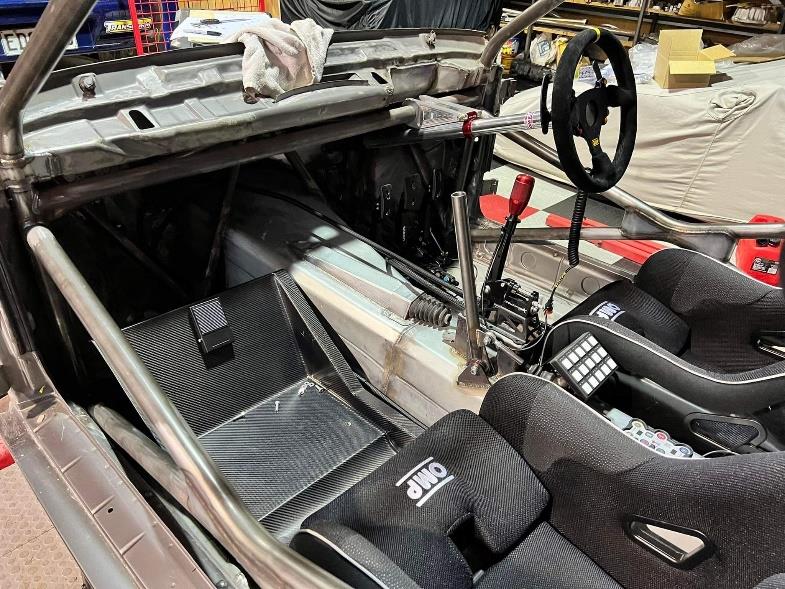 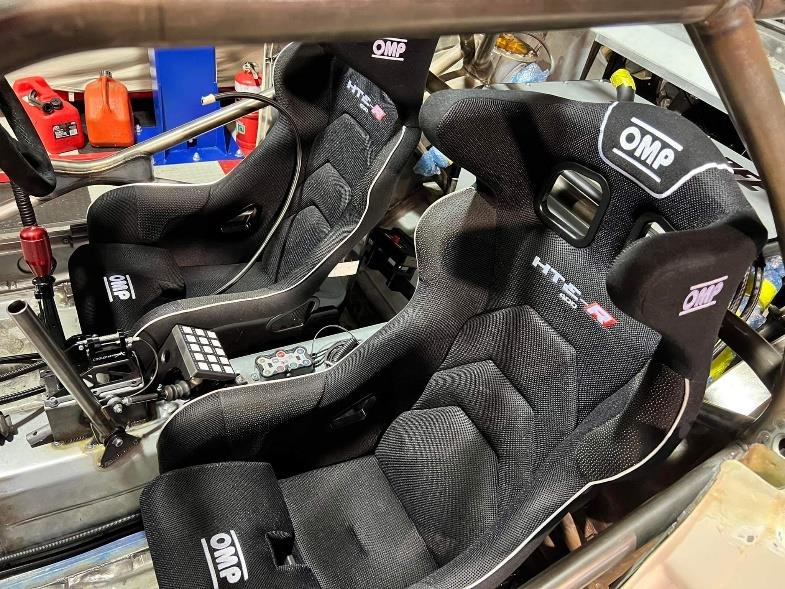 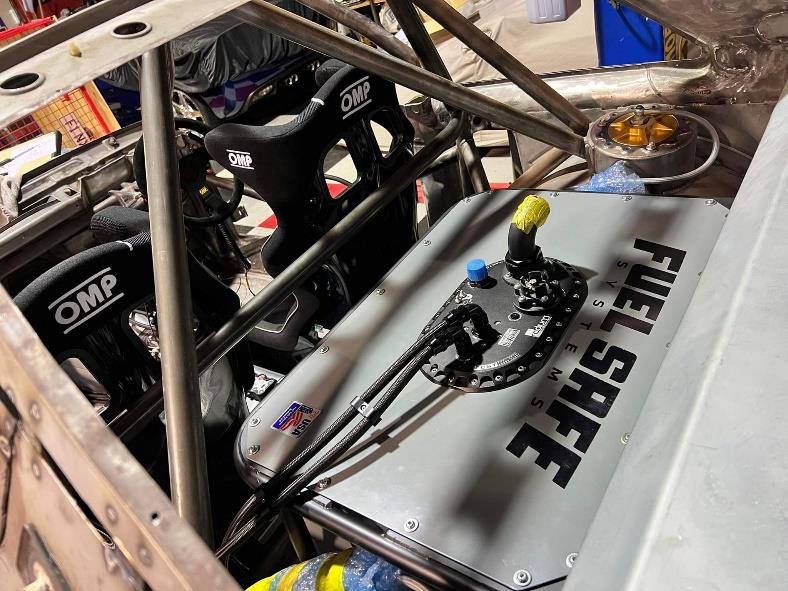 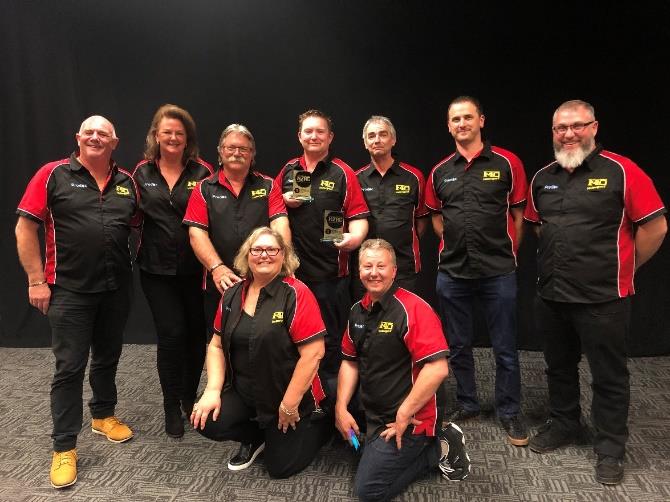